You are here: Home1 / About

Listening Hearts Ministries holds a vision of a vast web of communities of faith eager for God’s guidance, alert to signs of the Spirit, and alive with the prayer of deep listening. 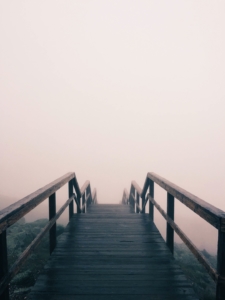 The seed that became Listening Hearts Ministries was planted in 1987. It quickly germinated as people nourished it with questions and ideas. By the year’s end it had taken shape as a proposal that was endorsed by the vestry of Memorial Episcopal Church, Baltimore, and initially known as the Christian Vocation Research Project. Shortly thereafter it gained support from the Episcopal Diocese of Maryland.

The project began as a grassroots effort to develop a clear understanding of spiritual discernment – what it is and how to go about it. The objective was to develop a program that would enable people within a community of faith to help one another seek God’s guidance as they wrestled with issues related to personal relationships, vocational choices, ordering of priorities, and moral or ethical dilemmas.

The plan was to take a model for a Quaker clearness committee (a member of a Friends’ Meeting who is struggling with an issue can ask for a clearness committee and will be given a group of people who will gather, Quaker style, to help the person find clarity) and integrate into that model wisdom and experience from other major strands of Christian spirituality – Benedictine, Carmelite, Ignatian, Anglican, Protestant, Orthodox, and Jungian. This called for sifting through classic spiritual literature for insight into call, ministry, discernment, and community as well as interviewing people from various denominations who were actively engaged in work that could inform the endeavor.

A group of more than forty people started the research, and a small group emerged to organize the information and prepare a program manual.

The Writing of Listening Hearts: Discerning Call in Community

As the work progressed, the group became aware that perhaps it had the makings of a book. When a representative of the group approached Morehouse Publishing, the President and Publisher responded enthusiastically, and the book started to take form.

In 1989 the group incorporated as a not for profit organization with charitable status. As work progressed on the book, a discernment training program was being developed. The Episcopal Diocese of Maryland provided a grant to field test the training program, after which the Episcopal Church Foundation awarded a grant to produce program materials and launch the program nationwide. And thus Listening Hearts: Discerning Call in Community was born.

The Writing of Grounded in God: Listening Hearts Discernment for Group Deliberations

The focus of activity during the initial phase was to help faith communities become channels of discernment for individuals as they worked through personal issues. The need to apply the Listening Hearts principles to communal discernment of group issues quickly became apparent. A training program for decision-making groups was designed and then Grounded in God: Listening Hearts Discernment for Group Deliberations was written and published in 1999.

Over the years, Listening Hearts has done work for a wide variety of parishes, dioceses, and other faith-based organizations. To date, our workshops and retreats have been held in over twenty-five states. We have worked directly with bishops, clergy groups, vestries, sessions, and congregations of all sizes. Our programs have varied in length from less than one day to over one week, depending on the needs of the attendees – sometimes just a morning or an evening. Sometimes at a Sunday coffee hour lasting only 50 minutes.