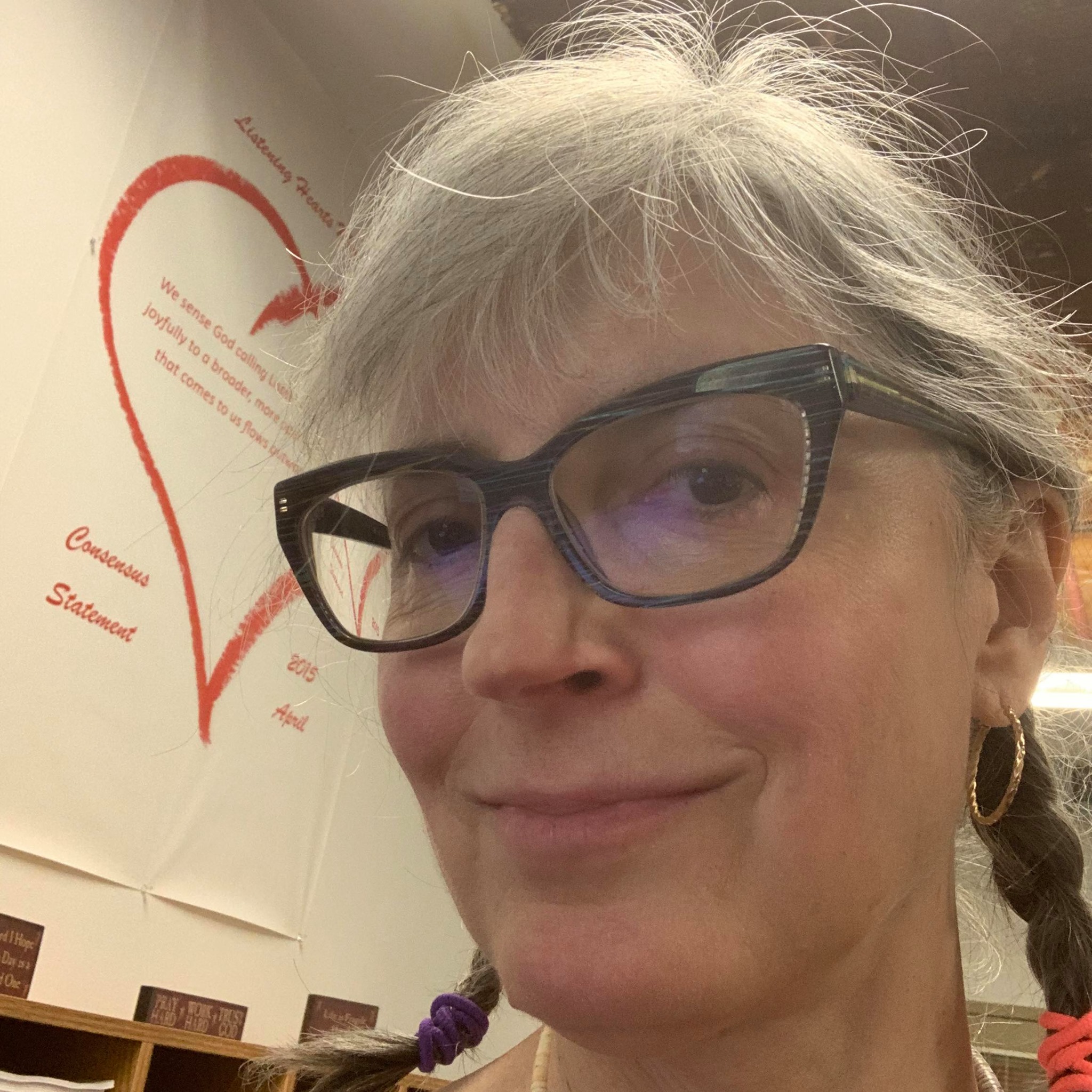 Laura McConnell, Office Manager
As Office Manager, Laura tends to the responsibilities of the Listening Hearts office and coordinates the work of the ministry. With a bachelor’s degree in Communication Arts from Hood College, a Masters in Publication Design from the University of Baltimore, years of experience in publishing and graphic design, and a strong sense of organization... [Read more...]

Executive Program Associates have been leading the full spectrum of Listening Hearts programs consistently for decades. 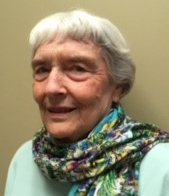 Senior Program Associates have been trained to lead the full spectrum of Listening Hearts programs. 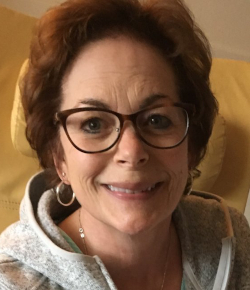 Wendy Gayle, Senior Program Associate
Wendy Gayle is active as a lay person in the Episcopal Diocese of Virginia, where she served as a mentor and then the Coordinator for the Education for Ministry (EfM) program. More recently she signed on as a Diocesan Spiritual Discernment Facilitator... [Read more...] 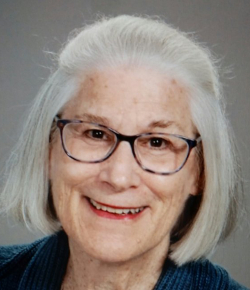 Susan Heath, Senior Program Associate
Susan Heath has been deeply involved in the life of St. Michael’s Church in New York City, as a Lay Eucharistic Minister/Visitor, healing prayer minister and lay pastoral caregiver. She also serves on the Commission on Ministry in the Episcopal Diocese of New York and serves as a Diocesan Spiritual Discernment Facilitator... [Read more...] 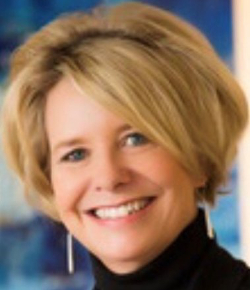 Lisa Houston, Senior Program Associate
After having spent some years as a Stay-at-Home Mom and professional volunteer, Lisa Houston found her calling in Education for Ministry (EfM), becoming a mentor after her graduation from the four-year course. Lisa enjoys being Worship Leader for an annual medical/dental mission to Jamaica... [Read more...] 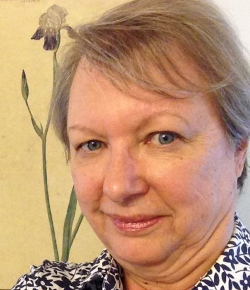 Norma Williamson, Senior Program Associate
Norma Williamson, a retired Foreign Service Officer, has also served as a consultant in organization development and change management. The experiences where she has most keenly felt she was using her God-given gifts have been working with groups: in group facilitation and mediation, team development and training programs... [Read more...] 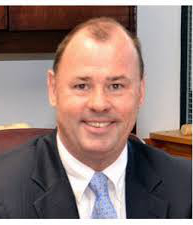 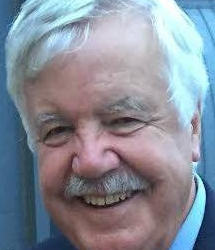 Tim Grayson, Program Associate
Tim Grayson is an Episcopal priest and a Listening Hearts trainer. He joined the LHM Board of Trustees in 2008 and enjoys leading “Day of Discernment” retreats and similar programs. He is Rector of the Church of the Messiah in Baltimore, is co-author, with Suzanne Farnham, of the book “Keeping in Tune with God,” and serves as a facilitator... [Read more...] 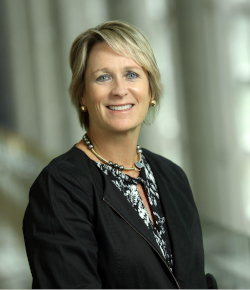 Patricia Brown, Treasurer
Patricia (“Patty”) Brown joined the Board of Trustees as treasurer in 2006. In that capacity, she serves on both the executive committee and the administrative committee. Prior to serving as a trustee, her connection with Listening Hearts Ministries was through her husband, Joseph P. Gill... [Read more...]

Barbara Cates, Secretary
Barbara Cates joined the board as secretary in 2010. She was part of the original team of researchers behind Listening Hearts: Discerning Call in Community, and trained as a discerner in 1997. Barbara spent seven months at the Taizé Community in France after graduating from Princeton University in 1980... [Read more...]

Mike Croghan, Trustee
Mike Croghan joined the board in 2012 and is helping Listening Hearts Ministries increase its accessible, online materials, as well as reaching out to the “emerging” church and the “spiritual but not religious” community. Mike first encountered Listening Hearts in 2003 through board member Frances Sullinger... [Read more...]

Alice Dorrance, Vice President
Alice Dorrance became a trustee in 2002. As vice president, she serves on the executive committee, with primary responsibility for both the newsletter Explorations and the semi-annual fund appeal. Her association with Listening Hearts began when she attended a “Grounded in God” vestry retreat for Immanuel Church of Glencoe... [Read more...]

Suzanne Farnham, Founder
Suzanne Farnham is the founding trustee of Listening Hearts Ministries, and served as the executive director for many years. As a member of the Board of Trustees, she serves on both the executive and administrative committees... [Read more...]

Joseph P. Gill, President
Joe is co-author of Listening Hearts: Discerning Call in Community and a founding member of the Board of Trustees. A native of Buffalo, New York, Joe received his bachelor’s degree from the University of Notre Dame and a law degree from the Georgetown University Law Center... [Read more...]

Timothy H. Grayson, Trustee
Tim was first introduced to Listening Hearts through reading Listening Hearts: Discerning Call in Community, and became involved in the organization after meeting Suzanne Farnham at St. James’ Episcopal Church in West Baltimore, where he served as assistant to the rector... [Read more...] 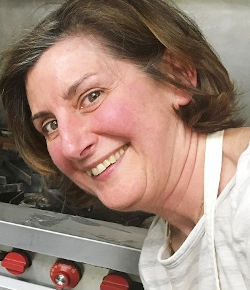 Frances Sullinger, Trustee
Frances Sullinger became a trustee in 2002. She is a member of the administrative committee and the executive committee, where her area is client development. Frances was trained in discernment in 1990 as part of a field test group at the Church of the Holy Comforter in Vienna, Virginia, where she is still a member... [Read more...]

We have several people who have been important leaders in Listening Hearts History, and we have chosen to name these individuals as Trustees Emeritus: